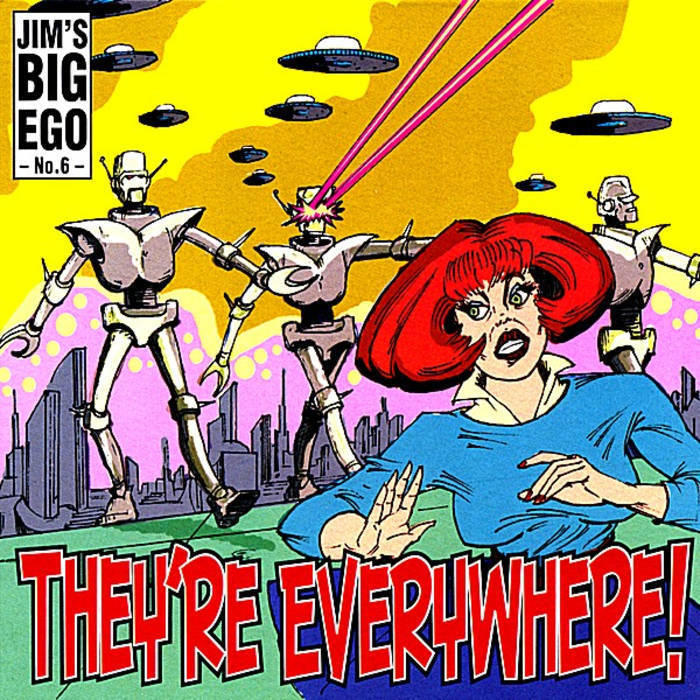 They're Everywhere is the fourth full length Jim's Big Ego studio release.
Co-produced by Ducky Carlisle, who's worked with such renown acts as Susan Tedeschi, Bleu, Wheat and Norah Jones.
Features cover artwork by legendary comic book artist, Carmine Infantino. Carmine was the champion of DC Comics' Silver Age and is largely responsible for the success of such comic classics as The Flash, Batman and Adam Strange.
They're Everywhere is one of the first major independent CDs to be released under a "Creative Commons" license, which unlike a traditional copyright, officially sanctions public sharing of music as long as it's not for profit. For more information about Creative Commons, visit creativecommons.org