How I write (prose) 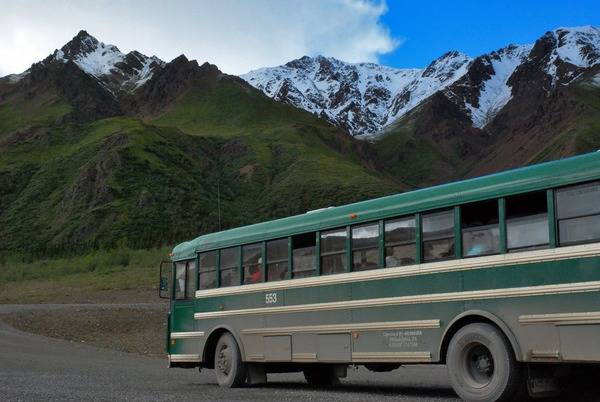 I've been asked twice this week about my writing method. I'm taking the liberty to share my process with you, knowing that it is not the normal way writers are told to write in writing workshops and in blogs.

I think the main guiding principle for me grew out of my method for writing songs. Songwriting relies very strongly on inspiration. The word comes from the latin inspiratio. The source of inspiration is thought of as being mysterious, ie: the breath of the gods. I don't know where it actually comes from, but I know it comes to me when I spend time away from distraction. Therefore, I find a little time each day to be distraction free, either sitting and breathing, or stopping at a cafe, and keeping my phone silenced in my pocket, just looking around.

For example, the inspiration for my novel came to me on a bus. Most people hate taking the bus, but I always see it as a great opportunity. Inspiration can come on a train, but I think a bus is better. Of all forms of transportation, an airplane is in third place, and a car is dead last. I get inspiration biking sometimes or walking, but for some reason, for me, a bus is best.

In this case, I was on a double-decker bus leaving new york city. I was high up and could gaze out the window down into the passing cars. I was bored, which is the optimal way to be when seeking inspiration. I looked down and saw almost all of the drivers texting while they drove. This was a bit before all the fines and warnings about distracted driving, but after that movie Seven Pounds came out, so everyone certainly knew it was dangerous.

So, I'm watching all these people text and drive, wondering what is so important about exchanging a little bit of information, that people are willing to risk their own lives and the lives of others to do it behind the wheel? I wondered how this would change and evolve over the next ten years, then twenty years, then thirty, forty, eighty, and bam - inspiration. The world for my novel downloaded into my head in one gigantic package, and I had to madly scribble some notes on my phone to get some of it down. Those notes became the rough outline for the chapter "Skating the Merritt" in The Wakeful Wanderer's Guide to New New England & Beyond.

So the first part of my writing process is to

This is no doubt, the first part of any writing process. What I try to do it use it throughout the whole process. So the next thing I do is

This is where most of my writing takes place. I do not sit down and write pages every morning. I do, however, make sure to daydream about my characters multiple times a day. I start with a question like "what will Mem do, if...." and then I let my imagination go somewhere with that question, knowing their character, situation and the situation of the characters around them. Another tack I take might be "How do the Spiders attack? Do they have intelligence, or are the purely controlled by the Memoria?" Then I let my imagination go. This works great when I'm doing a morning workout, or on a bike ride, or dozing off at night, or if I can't sleep. The important thing is that I don't write anything down when I daydream, I just leave it in my head. Some daydreams will go nowhere, and I take that as a sign that they are not interesting enough to remember. Some of them, like the initial inspiration that hit me on that bus, are so powerful that they build and build on their own and I can't get them out of my head if I tried. Sometimes I have to research an idea to be sure it actually works in my world. Sometimes I have to research a mindset that people have now to understand what they might think in the future. Then I

I never force anything. I write only when the power of the daydreams build up so much that I have no choice but to write them down. Generally, I have the entire chapter in mind before I ever sit down. I don't have every detail, just what is compelling about the narrative of that chapter. Some chapters are ready to go with just a little bit of imagination, some have built up over weeks or even months. I don't start writing until I can see the arc of the chapter clearly, and then I sit down and pound it out in about 2 hours. I almost never write more than a chapter at a sitting. I generally write in the morning. It is important not to let your inspiration sit too long in your head, so

4. Strike while the iron is hot.

When you have the next piece of the story ready, write it. Do not wait more than a day. To do lists be damned. Phone calls be damned. Social media be double and trebble damned. Write it immediately. You don't know if it will wait for you to be ready and it is crowding out your next daydream. Get it down, get it out, and make space for the next packet of inspiration to come. When I sit down to write, I try to

This was a hard thing for me to learn. I think the resistance to this comes from insecurity. We all have a voice. We also all have bad habits. I found a strong temptation to try to write like I was a writer. This is a godawful mistake. The page fills with adverbs, useless metaphors, flowery language that just rings false. Sentences run on and on. I decided that since what I was describing was really really complex, I was better off just telling the damn story as simply as I possibly could. One great tool I recommend to help get over any habits of trying to sound like a real writer is Hemingway app. It can be brutal when you first try it out. Paragraphs you thought were straightforward and pithy turn out to be full of vagueries and inessential words. Use short sentences. Go ahead. Don't be afraid.

When it was time to record albums of my songs, the most valuable thing I learned was from Peter Galway, a record producer, and performer, who told me that the key to producing a great record is to "eliminate everything that is not absolutely essential to the song." I find that the same thing holds true for writing prose.

Ultimately, eliminating all style reveals the writer's true voice. That is what remains when we get rid of all the unnecessary fluff. Also, remember that this work is yours. You have permission to write your story. If you don't, who will?

As I eliminated all that style, I learned to

6. Get rid of mushy expressions.

This may sound like I'm trying to advise you to make your writing more masculine, simply because I'm male. It's not that. Mushy expressions are vague placeholders where more precision is needed. Some examples of mushy expressions are "sort of", "mostly", "a few", "some", "rather", "somewhat", and even "then." There are dozens more. My writing was riddled with them. When you discover one, do a global search for it and ask yourself, "can this be more descriptive, or more precise?" With few exceptions, the answer is yes. Most can be deleted. I wish I had a complete list of words, but I think if you take a critical eye to your writing you can find them. Ask yourself the questions your readers might ask when you are being vague. Ask "how long?", "where exactly?", "how much?", "in what way?" and you will find the answer. "Then" is tricky. Often we say "Marto ate a sandwich and then went to get a coffee." Take out the "then." We already know. There are also pretentious expressions to track down. For example, you may not want to use "amongst" when "among" is really more normal for your world. Finally

My brother tells me, "writing is revision." I'm pretty sure he didn't make that up, but he's my brother and I believe every word he says for some reason. It's true though because there is always some refinement, some loose language to fix, some vague expression to hunt down and kill, some details missing, some element of the story that doesn't move the narrative forward. For example, I noticed that none of my characters were using contractions in their dialogue. They all spoke like Data from Star Trek, Next Generation. Whoops. It seems like revision goes on forever, but it eventually grinds to a halt. Do it, do it, do it, even if it's already up on Wattpad. Do it and repost. We will love you for it.

That's mostly it. Maybe I left something out? Probably. Oh, I didn't mention that I'm a pantser, but that should be clear from the above. I want to discover what will happen next in my own book as I write it, so apart from knowing the characters well, and wondering "what would they do next?" I never pre-plan. Almost. I almost never pre-plan. Mostly. But that's just me.