Discussion with David regarding The Wakeful Wanderer (continued) 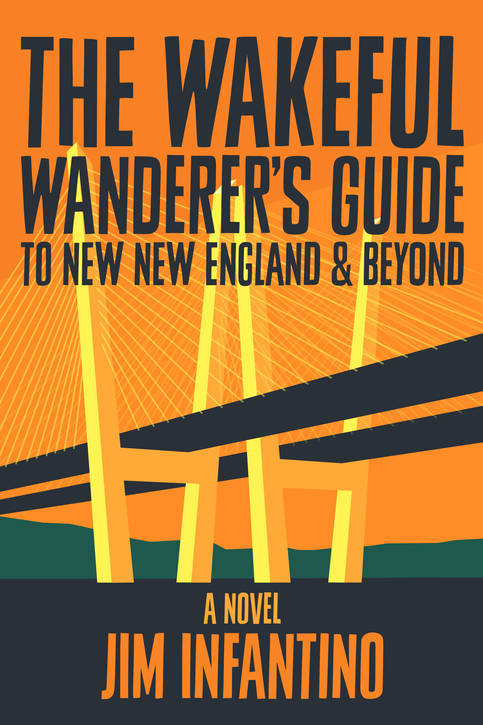 My comments are indented

First, I want to know more about First Nation - can you point me to some information?

I brought it up because the most interesting chapters in the book I recommended by Colin Woodward on the Eleven Nations of North America pretty much begins and ends with them. The original settlers in Quebec had the fairest system of integrating Native Americans. The final chapter in his book talks about First Nation being the best hope for the future.

I also thought that you book could deal with that very strange boundary of USA and Canada in New England. I learned a ton from the Woodward book. The only American writer who really dealt with this boundary is—of all people—David Foster Wallace in Infinite Jest. Funny how neglected that Maine border is.

Second, I think I've confused you on one point - Xombie is a derogatory term used by the Traditionalists or Luddites or Neo-Feudalists or Raiders to describe the Interconnected. The Interconnected are the Xombies - but they don't call themselves that.

Yes you did. My mistake. So who does Zeke and the people who do not thext represent? The Traditionalists? My bad on that confusion. Just so you know, I’ve been such a Luddite in my adult life that some friends still can’t believe I’m on FB. So I am extremely sympathetic to arguments that are anti-technology.

In Brave New World that is a top-down governmental totalitarian Utopia as I remember it. This was due to the time where science fiction writers were constantly writing about hegemonies.

Were they? Or is it just that certain books that addressed the positives and negatives of a particular hegemony were able to transcend the genre sci-fi and get accepted in the literary canon? While I am not a huge fan of either book (1984 or Brave New World), they do kind of exemplify the rules one naturally encounters in writing about a future society or hegemony. That is: is this a Utopia or Dystopia or are first impressions deceiving? And yes, thy are top-down hegemonies because it is hard to imagine otherwise. In fact, a lot of sci-fi just evades the question. Look at the Federation in Star Trek. We are all just to assume they are a benevolent force.

The Interconnected don't quite fit that model. It's based on the hippie vision of the Internet pioneers. There is an idealism behind it, and it happens when everyone has become sick of the money game.

This I completely get. And it is the crux of my criticism. I feel that the Interconnected are indeed your idealistic vision of the Internet pioneers, and—thus—I don’t think you’ve yet addressed adequately that many won’t consider this vision an ideal. Steve Jobs may be an ideal to Americans, but then look at a factory in China that makes Apple parts. Google might say “Do no evil,” but then an Android pretty much invades my privacy daily.

So, what I’m saying is that if this is a “hippy vision” in which you believe, you should subject it to more scrutiny to better justify it (so that a reader doesn’t just accept it on faith). And I think the scrutiny begins with merit. Steve Jobs has lots of merit. Do factory workers jumping off roofs in China affect that merit? Ditto for Zuckerberg.

Like in the 60s, a portion of society decides that the "system" is a sham. They go off and try to make communities that are apart from the "system." Naturally, in the 60s, it didn't work.

Got that. And I agree that this is central to your book. But, thus far, you present the Interconnected as a society that does work. I don’t think any society works for all its members. And power corrupts. I go back to the Pigs Walking On Two Leg example in Animal Farm. Communism seemed like an ideal system, until it became necessary to mete out reward for an elite government/ruling class that involved favors akin to money.

True enough, but another system has to replace it, and that system will have some flaws. I don’t want to accept any replacement system on faith alone.

So, no, there is no central authority. It's a game, like money that rules the Interconnected - also the idea of Panopticon: if the prisoners watch each other, you get order, without guards - which was an idealized plan of Jeremy Benthem. Privacy is given up, but it's given up to everyone. There is no single person to profit off of it, because there is no way to profit - EXCEPT and this is a big except, those who might leverage it to gain more Merit by seeming to be more generous than they are. Again - Maxtor touches on this - or rather hints.

OK but I still need more on the Merit scale and how it works. Just like a social scientist has to define scales he uses to measure people. I think the formation of the scale and the actual rules of the scale is a stand-alone book or long Wakeful Wanderer excerpt chapter. How did the Merit Scale come to be? What are its weaknesses? A member of a tribe might get Merit for the number of scalps he brings home? Is that Merit? I’m—once again—obsessed with whaling. I reread Moby Dick every few years and, with it, the book Heart of the Sea. Is a brutal hunter/factory society like whaling capable of merit? It’s brutal and exploitative. But there certainly was a merit system within the Pequod or any whaling ship. The best hunters had the most regard. Yet no money for years on end.

But the roots of Merit are also very old. It's tribal. A tribe has figures that are regarded as heroes and it has nothing to do with their wealth. People live well or not so well based on their value to the tribe.

I’m thinking of “Things Fall Apart” which is tough on Colonialism, but also points out that the culture of the narrator killed twins based on superstition.

It's not a centralized system so much as a system of reputation. If you found a way to get more food to the tribe you move up. The speed of communication has made possible larger groups of humans into much larger tribes - think of culture and information bubbles. That is getting faster and stronger, and as I see it in this fictional work, it usurps everything.

I get this. I just can’t help seeing a person who gets more food to the tribe as fucking someone—excuse the French—in order to do it. Let’s look at a quick political analogy: The Clinton Foundation. As we all know this charity takes a lot of heat, but is consistently rated one of the top charities. Now they take a lot of heat for either accepting or giving to countries like Saudi Arabia. Point is that access to the poor or the female poor in an exploitative nation or culture often has to be purchased. This makes a charity at least appear corrupt to certain purist critics. How would the Merit meter apply here? Does a charity have merit for possibly bribing the government to help the poor? What happens to merit when someone or an organization does something perceived as bad for a good end?

I just think that the world is too subtle to say that positive influence is completely separate from negative ones. I’d like you to explore that nuance in your Merit system, because what I get thus far is the “money is bad argument.” And, while I’m apt to agree to a point, that argument needs more of a defense in future chapters.