The Wakeful Wanderer's Guide to Disillusionment

Book 2 in the Wakeful Wanderer's Guide series - in progress 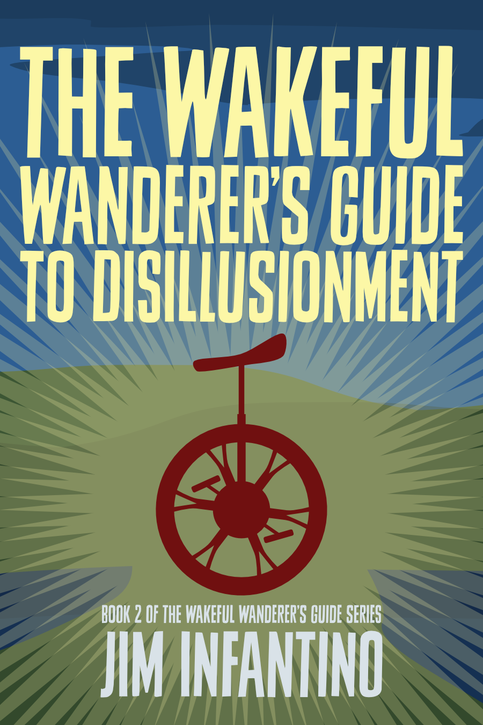 Yes, it's a series. Or maybe it's a cycle. Or maybe it will be a trilogy. One of those things. I'm starting work on the second book now.

Winter had come to Pi Valley. Helen was not in the mood to travel in the cold, but she was not sure how much longer she could continue to live in this beautiful place by herself. The customs were different from what she had started to get used to in towns like Cos and Reverside and they were constantly changing. Pi Valley was a living laboratory for Interconnected life, and its inhabitants were always tweaking the boundaries of their tribal relations, applying new algorithms to their merit system, or sometimes abandoning merit all together, only to re-apply it again in new ways. It was a dizzying social environment.

This week, Helen was a member of the Sacred Space Collective - one of the many changeable grouping of the Pi Valley peoples focused on the creation and maintenance of beauty and stillness. The collective did not have any localization, but was composed of members spread across the vast hilly region of New New England South of MeadowWoods and North of the Brattle, extending West to the Hudson River and many miles East of the Connecticut River.

Marto had simply blinked out and not returned. It took her a while to stop being alarmed at this. She thought that he was probably protecting her from his secret identity as a descendant of the Defilers. They had both discovered that his mother and father were members of the deceased global aristocracy while staying with Zeke’s family in Plainville. She tried to convince him there was a way for him to stay with her, keeping his lineage secret, but now she knew he never intended to try. He ran like a coward. She had no idea where he was or even if he was still alive. She felt abandoned and betrayed. The bastard.

He could have asked her. She may not have chosen to with him, but she felt that he at least owed her the choice. Their time together was brief but fun. It was too much to say she loved him, but too little to say that it was a fling. She thought he felt the same way. Whatever they had growing between them was cut short. It hurt.